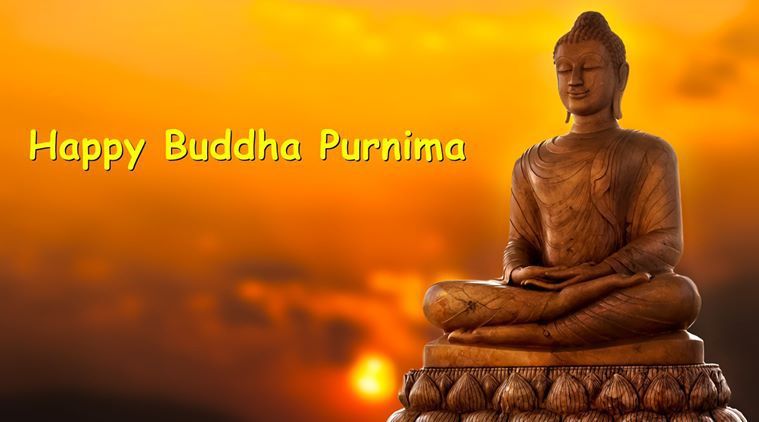 BUDDHA AND BUDDHISM QUIZ IN QUESTION AND ANSWER FORM

QUESTION 1. What is Buddha Purnima?

ANSWER – Buddha Purnima or Buddha Jayanti is the celebration of the birth of Gautam Buddha. This year in 2022, it will be celebrated in India and Nepal in May16. And for the South East Asian countries, it will be celebrated on May19.The date varies due to two full moon days in the month of May, and the Buddhist and Hindu lunar calendars can be interpreted differently .Lord Buddha’s anniversary is also known as Buddha Purnima or Vaisakhi or Vesak. It is celebrated to mark birth, nirvana ( enlightenment ), an parinirvana ( death ) of Gautam Buddha.

QUESTION 2.How Buddha Purnima is celebrated?

ANSWER – Buddha Purnima is celebrated by the followers of Buddhism in a very peaceful manner. They wear white clothes and meditate. On this day they consume only vegetarian food. People also celebrate it by preparing ‘kheer’ an Indian sweet dish at their homes. On this auspicious day offerings are made to the Bodhi tree in Bodh Gaya, Bihar and alms distributed to the poor and the needy. Many devotees visit Mahabodhi Temple, a UNESCO World Heritage site located at Bodh Gaya, Bihar, India.

QUESTION 3. Why it is called Buddha Purnima?

ANSWER – On Purnima tithi ( full moon day ) Buddha was born as Siddhartha Gautam, a prince in 563 B.C. in Lumbini ( a region in modern day Nepal ). This day is his birth anniversary. It is also known as Buddha Purnima or Vaisakhi Buddha Purnima or Vesak or Buddha day.

QUESTION 4. In which place Lord Buddha was born?

QUESTION 5. What was the name of Lord Buddha as an infant?

ANSWER – The name was SIDDHARTHA.

QUESTION 6. At what age Lord Buddha was married to princess Yashodhara?

QUESTION 7. At what age , Lord Buddha left all royal comforts and turned an ascetic?

QUESTION 8. The Pipal tree beneath which Lord Buddha meditated and attained his enlightenment is located at which place and in which country?

ANSWER – Located at Bodh Gaya in the state of Bihar, India.

QUESTION 9. What are the names of two sects pf Buddhism?

ANSWER – The two sects are MAHAYANA and HINAYANA

QUESTION 10. The “Tripple Gem”of Buddhism consists of which three things?

ANSWER – The three things are BUDDHA, DHARMA and SANGHA

QUESTION 11. What is the actual meaning of word “Buddha”?

ANSWER – The actual meaning of the word “Buddha” is “The Enlightened One”.

QUESTION 12. Near which place, Lord Buddha believed to have delivered his first sermon?

QUESTION 13. At which age Lord Buddha left his mortal coils?

QUESTION 14. When Gautam Buddha was born and in which kshatriya dynasty?

QUESTION 15. Name the place where the first Buddhist Council was held?

ANSWER – RAJGIR is the place where the first Buddhist Council was held.

QUESTION 16. Who presided over the first Buddhist Council?

QUESTION 17. Who presided over the third Buddhist council under the patronage of Ashoka at Pataliputra?

QUESTION 18. Gautam Buddha got enlightenment at which age?

ANSWER – The kings were PUSHYAMITRA SUNGA and KING SHASHANKA

QUESTION – 20. In which Mudra did Gautam Buddha delivered his first sermon at Sarnath?

QUESTION – 21. What is Dharma Chakra Mudra?

ANSWER – In Sanskrit Dharma Chakra means ‘Wheel of Dharma’. Dharma Chakra Mudra symbolizes one of the most important moments in the life of Buddha. And this occasion came when he preached to his companions, the first sermon after his enlightenment in the Deer Park at Sarnath. Very often this event is referred to as the setting into motion of the wheel of the teaching of the Dharma.

ANSWER – He belonged to SAKYA clan.

QUESTION – 23. On the bank of which river Gautam Buddha attained enlightenment?

ANSWER – On the bank of river NIRANJANA.

QUESTION – 24. To which city dancer Amrapali belonged to( who was there during the time of Buddha )?

QUESTION – 25. Which event of Gautam Buddha’s life is depicted by the wheel and deer in Indian art?

ANSWER – The event of his first preaching.

QUESTION – 26. The standing statue of Gautam Buddha was built in which period?

ANSWER – It was built in KUSHANA period.

QUESTION – 28. The largest Buddhist temple in the world is located in which country?

QUESTION – 29. What are Jatakas as per Buddhist literature?

ANSWER – JATAKAS are the earliest Buddhist literature which deals with the stories of the various births of Buddha.

QUESTION – 30. Who was the personal physician of Gautam Buddha?

ANSWER – JEEVAKA was the personal physician.

QQUESTION – 31. What does Patimokkha stand for in Buddhism?

QUESTION – 33. Who was the monk, who influenced Ashoka to embrace Buddhism?

ANSWER – UPA GUPTA was the monk who influenced.

QUESTION – 34.Where did Buddha attain Parinirvana?

ANSWER – He attained Parinirvana at KUSHINAGARA.

QUESTION – 35. What was the name of the place where intellectual debates among Buddhist mendicants took place?

ANSWER – The name of the place was – KUTA GARASHALA – literally, a hut with a pointed roof.

QUESTION – 36. In which State is the Buddhist site Tabo located?

ANSWER – Located in the state of HIMACHAL PRADESH.

QUESTION – 37. Who was the teacher of Gautam Buddha?

ANSWER – ALARA KALAMA was the teacher.

QUESTION – 38. In which language were Buddhist literature written?

QUESTION – 39. Which country has the highest number of Buddhists in the world?

ANSWER – CHINA has the highest number of Buddhists.

QUESTION – 40. Buddha viharas were used for what purpose?

ANSWER – Buddha Viharas were used for Education, for residence of Buddha Bhikshus, and for Religious Expansion.

Hope, you have liked this Buddha And Buddhism Quiz In Question And Answer Form. Your suggestions for improvement is always welcome. If there is any mistake please inform the correct answer through your valuable comment. Thank You.