Team and teamwork play a vital role in our life. We are member of a team on various stages of our life. We human beings are called as social animal. To live in the society we have to mix up with  people to lead a life of cooperation and coordination for our own benefit as well as for the benefit of the society. I know that you may be knowing about team and teamwork, still as a reminder let me put forward a poem, few quotations and two relevant stories taken from internet written by Michael G.Rogers from his website http://www.teamworkandleadership.com.

Now let us understand something about teamwork……

Teamwork is the collaborative effort of a team to achieve a common goal or to complete a task in the most effective and efficient way. This concept is seen within the greater framework of a team, which is a group of interdependent individuals who work together towards a common goal. Wikipedia.

Working together for a common vision or a goal
Combining ideas, skills and specialization of all
Yes! It’s called “team work”.
That helps to complete quality tasks faster and efficiently
With cooperation and team spirit of all
Also helps an individual’s workload reduced sufficiently.

The strength of team work increases manifold
With a mentor or leader, very practical and bold
Team work can transform common people’s contribution
With uncommon and mega results beyond imagination.

Working together with respect
Trust and love for each other
Also help us enhance relations
We learn new skills and ideas to improve more and more
The new confidence, better attitudes and fellow feelings
Certainly team work teaches us all.
Ultimately, helps us to be a good human being to stand tall.

Hey Friends!
Please remember
Alone you will be lonely to fight
Nobody will be there to encourage
Your life will be very very tight.

Hey Friends!
Working together with help and cooperation
You can enjoy your work in every situation
Your team will give you motivation
You will enjoy your life without hesitation 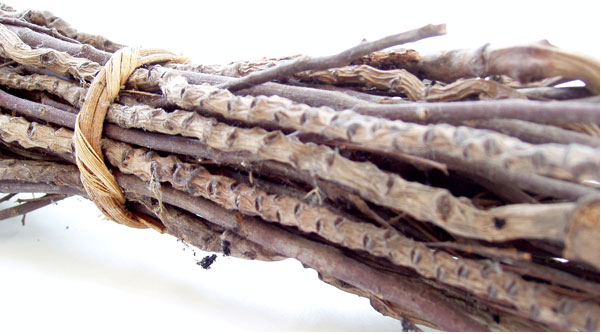 Want better team unity? Use this teamwork story to start.

Team unity is critical to team success. If team members are not working together, obviously they will be much less successful.

When team members are working together there is strength. I love the following teamwork story that demonstrates the advantages of each team member getting along.

A father had a family of sons. Unfortunately they weren’t very nice to each other. There was constant quarreling and bickering.

No matter what this Father said to his sons, it didn’t do any good. As a result he thought long and hard about what he could say. He wanted to provide them some type of lesson that would help them realize the impact that their constant quarreling would ultimately have.

One day the quarreling became more aggressive and even violent. The father broke it up and sent each son to a different corner of the yard.

It was at that point that this wise Father came up with a lesson. He sent one of the sons to bring him a bundle of sticks.

He tied the bundle of sticks and asked each son to take turns in trying to break them. Each of them tried very hard, but couldn’t come close to snapping the bundle.

The father then untied the bundle and gave each son one stick and asked them to break it now. They did so easily.

He then said: “My sons, do you not see how if you help each other and work with each other, it will be impossible for your enemies to injure you? But if you continue to be divided amongst yourselves you won’t be any stronger than a single-stick in that bundle.”

The more trust team members have of each other the better they will trust other team members intentions. Getting a team to a point in which they trust each other is difficult, but possible. Without team trust you get unhealthy and personal conflict. With team trust, you get health and productive conflict that is focused on the issues. What are you doing to build trust on your teams? I love this story on teamwork I heard the other day. I think you will agree it is powerful. Feel free to share with your teams.

A team of about 35 employees had come together for a team building event. They were a young, bright and enthusiastic team.

However, one big problem this team had was they wouldn’t share information or solutions with each other. The leader felt they were too focused on self and not enough on team.

So she started off with a fun team activity that would allow her to teach the importance of each team member working together and sharing more.

She brought the team into the cafeteria. All of the tables and chairs had been stacked and put away. Placed around the room were fun decorations and hundreds of different colored balloons.

Everyone was excited, but not sure what it was all about. In the center of the room was a big box of balloons that had not been blown up yet.

The team leader asked each person to pick a balloon, blow it up and write their name on it. But they were instructed to be careful because the balloon could pop!

A few balloons did indeed pop and those members of the team were given another chance, but were told that if the balloon popped again they were out of the game.

About 30 team members were able to get their name on a balloon without it popping. Those 30 were asked to leave their balloons and exit the room. They were told they had qualified for the second round.

Five minutes later the leader brought the team back into the room and announced that their next challenge was to find the balloon they had left behind with their name on it among the hundreds of other balloons scattered in the large cafeteria. She warned them however to be very careful and not to pop any of the balloons. If they did, they would be disqualified.

While being very careful, but also trying to go as quickly as they could, each team member looked for the balloon with their name. After 15 minutes not one single person was able to find their balloon. The team was told that the second round of the game was over and they were moving onto the third round.

In this next round the leader told the team members to find any balloon in the room with a name on it and give it to the person whose name was on it. Within a couple of minutes every member of the team had their balloon with their own name on it.

The team leader made the following point: “We are much more efficient when we are willing to share with each other. And we are better problem solvers when we are working together, not individually.”

Often times members of teams create obstacles that get in the way of teamwork by solely focusing on their own pursuits and goals. They hoard information, avoid collaboration and distance themselves. It is bad for the team and it is bad for that individual.

Every member of a team should ask themselves on a regular basis what they are doing for the team  and can do for the team.

Let us be a member of a team or form a team as a leader and contribute something during our life time for a better cause to make our life more meaningful and useful.